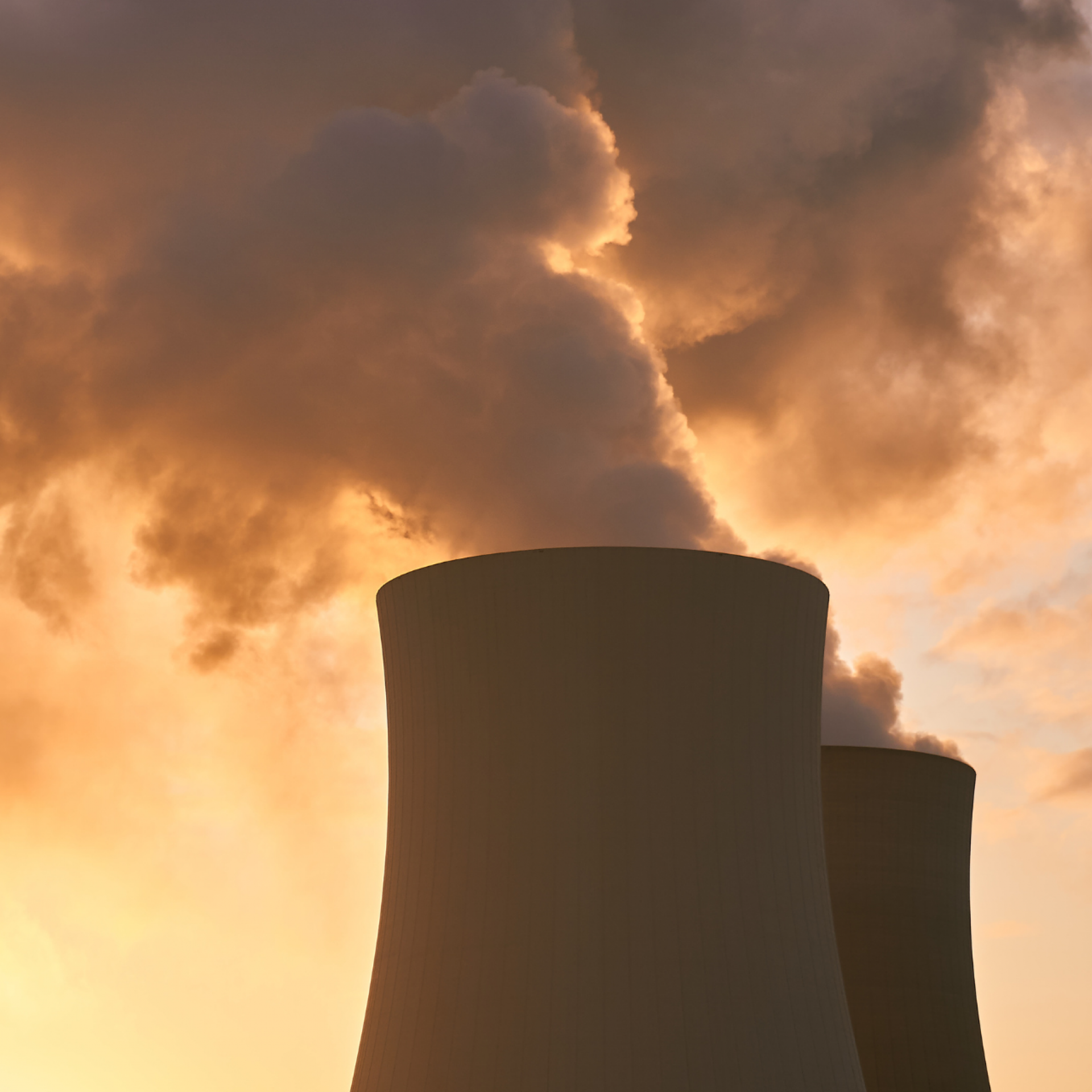 Thanks to overly optimistic forecasts of growth and fierce lobbying by heavy industry the EU Emissions Trading Scheme (ETS) has failed to incentivise cost effective reductions in emissions and instead enabled some companies to profit from the scheme. This report looks at those companies who have made the most substantial gains: our Carbon Fat Cats.

The fact that the ETS has provided substantial windfalls to some participants and a money making opportunity for many others has not prevented industry from attacking it whenever it can and from successfully lobbying to keep it in its current state: oversupplied with allowances and exerting only the weakest pressure on participants to invest in a low carbon future.

This report takes a fresh look at how companies are profiting from the EU ETS.

Under the rules of the ETS, companies can carry over surplus emissions allowances from Phase II (PII) for use in subsequent years. Free allowances will continue to be given out to heavy industry in Phase III (PIII) according to sector specific benchmarks. This will bring to an end the accrual of large volumes of surplus allowances, however, the volumes accrued in this phase will make it likely that many of these companies need not make any reductions in their emissions until after 2020.

These findings run strongly counter to recent claims by industry groups that more ambitious EU emission reduction targets would be a burden and would excessively damage the competitiveness of European Industry.

In addition to looking at the top ten Carbon Fat Cats we have in this report also looked at the sectors that command the majority of the overall surplus and the companies that dominate those sectors, based on the size of their reported emissions. The majority of industrial sectors have a surplus of permits with the iron and steel and cement sectors having the largest. The power sector, on the other hand, is short of permits and is acting as the main buyer in the scheme ensuring that there is a positive price for carbon.

Since most power companies buy allowances to comply with the ETS and pass on the cost of compliance to EU power consumers it is likely that EU citizens are unwittingly paying a subsidy to oversupplied industrial sectors, which are able to sell their surpluses without investing in emissions reductions themselves.

A further feature of the way these Fat Cats are performing under the ETS directly addresses the over-emphasised concerns about international competitiveness: the use of international offsets to meet compliance targets. Despite sitting on comfortable surpluses of allowances our Fat Cats benefit from being able to use cheaper offset credits and swapping them for more valuable EU allowances. They can either then sell the EU allowances at a profit or store them up for future use. International credits come mostly from industrial gas projects in India and China, however, a proportion originate from rival industries to companies covered by the ETS. Concerns over competition with rival companies based in these countries have not prevented our Fat Cats from sending money to them in return for their cheap credits: not the actions of an organisation fully focused on protecting competitiveness at all costs.

Much of the monitoring of the ETS is dependent on the availability of data. While a wealth of data is published by the EU commission, there are glaring omissions that distort the true positions of many companies. Two serious omissions include:

Sadly there is little that can be done about the surpluses accruing to the Fat Cats in this phase. We recommend the following measures to prevent the ‘hangover effect’ of surplus permits from the current phase damaging the effectiveness of the next phase.

1. Move to a 30% emissions reductions target for Europe

This will trigger a tightening of the emissions cap for the traded sector taking the slack out of the ETS and helping to drive investment in low carbon technologies. As this report shows, failure to increase the targets will allow much of the industrial sectors to free-ride the ETS.

The Commission has admitted that the system has too many allowances thanks to the unexpected drop in emissions arising from the recent recession. It estimated that 500-800 million allowances could be held back in the next phase to address this fact. Our own estimates show that setting caps based on recent historic emissions (rather than overly optimistic future projections) would result in an emissions cap 1.9bn allowances lower than currently proposed. Furthermore, there is growing support for a set aside from energy companies that fear proposed energy efficiency measures would further weaken the ETS. There is nothing in the ETS Directive that prohibits a set aside of allowances. We strongly recommend that such a set-aside is agreed and announced before the start of the next phase in January 2013.

The use of offsets is intended to act as a price safety valve against an overly high carbon price and to be supplemental to domestic action. Offsets are not needed in situations where EU emissions are falling faster than projected or where companies have a large surplus of free allocations. However, the fact that they are cheaper than EU allowances, means that they are being used to the maximum extent possible. This displaces investments in genuine EU abatement. The majority of offsets being surrendered represent a lost investment opportunity in Europe. Furthermore, evidence of exposed companies surrendering offsets from their international rivals undermines their arguments about threats to their competitiveness. Offsets originating from rival industries must not be allowed to be used for compliance within the ETS. Just as industrial sectors prone to carbon leakage have been assessed so too must offsetting project types that are likely to exacerbate this problem.

Furthermore, the future use of offsets should be reserved for those companies that are not able to meet their compliance target any other way.

In order to facilitate more accurate research more data should be made publically available. In particular participating installations should be required to fill out all company and parent company fields in the Community Independent Transaction Log (CITL) as well as inducted percentage ownership between companies if necessary. Waste gas transfer data should also be made publically available to establish just how much of the iron and steel sectors’ colossal surplus is actually being given away to neighbouring installations. 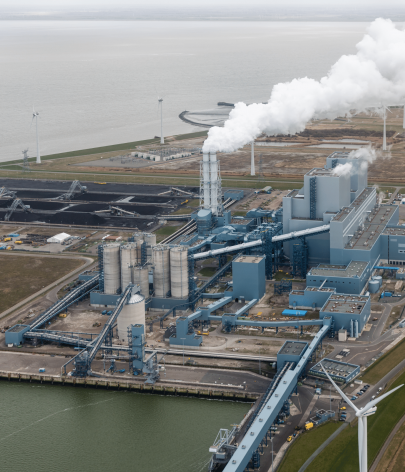 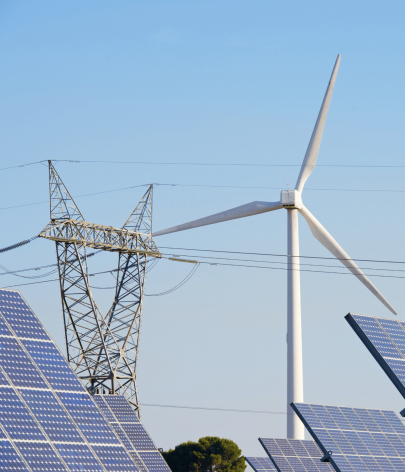 Less than 1% unabated fossil fuels and at least 80% wind and solar in the power mix required to meet UK climate targets in National Grid’s new analysis. 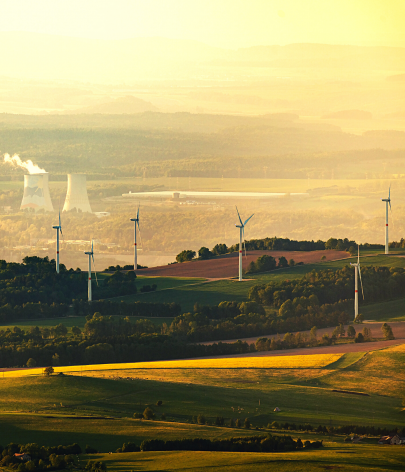