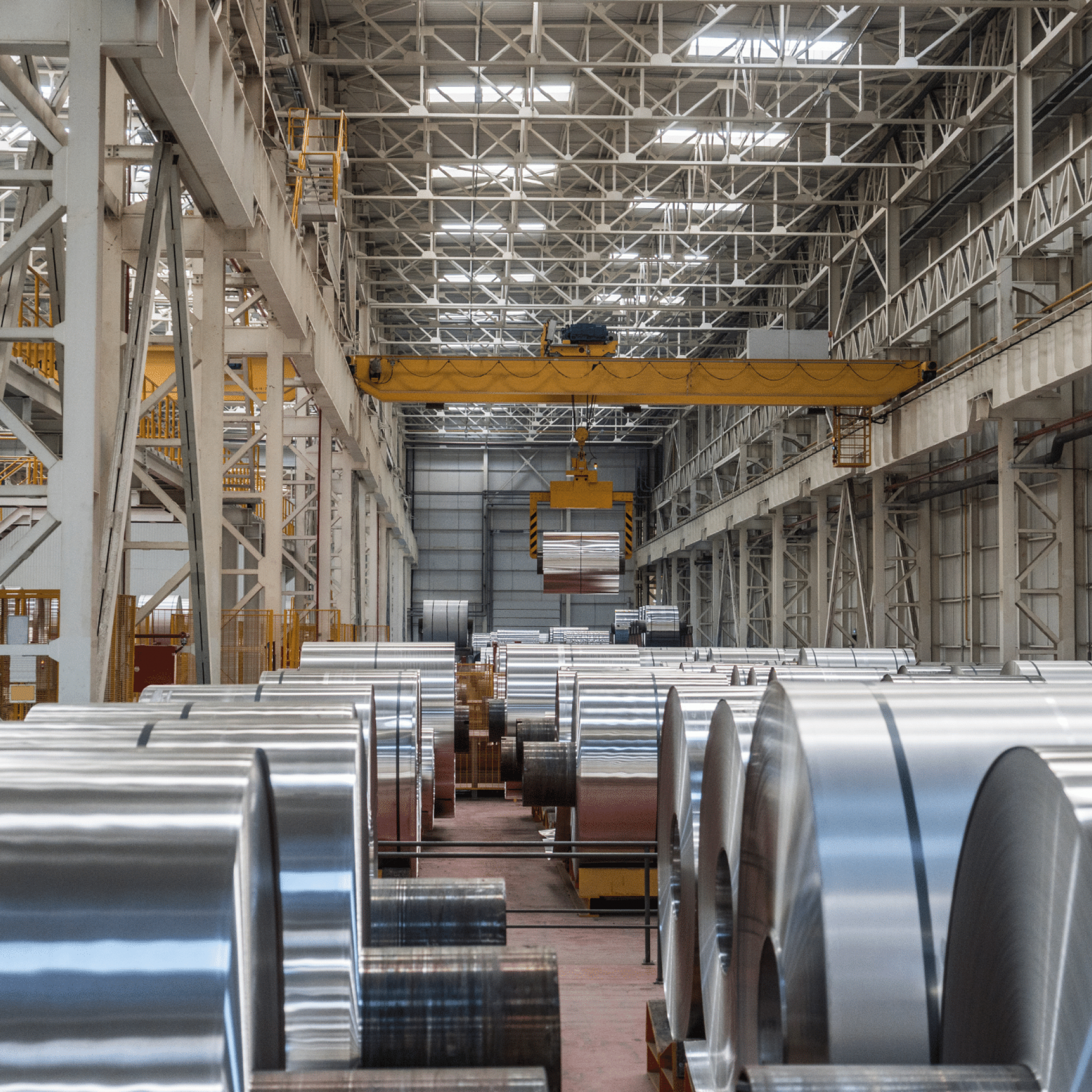 Last year’s rise in aluminium production reflects the complexities of China’s recovery from the pandemic.

Last year, in the shadow of the pandemic, China saw impressive growth figures. While the US, EU and Japanese economies shrank by 3.5%, 6.4% and 4.8% respectively, China posted 2.3% GDP growth. A strong rebound in China’s industrial output drew particular attention and the associated rise in energy use led to doubts: is China’s recovery green enough?

China’s green sectors continued to grow rapidly in 2020, driving a need for various industrial products. This includes aluminium, which is a critical component of emerging green markets, including electric vehicle manufacturing and renewable power. Aluminium output had dipped in 2019, but soared to new highs in 2020. While this might be a sign of booming green industries and a recovery guided by low-carbon goals, aluminium production requires enormous amounts of electricity – often backed by particularly polluting coal plants.

China’s economy rebounded last year, even despite the pressures from the pandemic. The recovery in aluminium production was particularly eye-catching: output had fallen off during 2019, yet rebounded to a new high in 2020, to make up almost 60% of global production. As manufacturing aluminium is energy-intensive, the increase meant a bump in carbon emissions. But among other uses the metal is an essential raw material for emerging sectors such as electric vehicle manufacturing and renewable power. The fluctuations in aluminium output indicate the complexity of China’s journey to peak carbon and carbon neutrality.

Last year was the first in almost a decade that the service sector’s contribution to economic growth failed to increase, with industry becoming the main driver of the country’s economic recovery. This shows how stability measures put in place during the pandemic, such as tax breaks to small businesses to secure jobs, have supported the industrial recovery, as well as the strength and resilience of the “Made in China” supply chain.

Domestic demand drove a strong rebound in output of industrial products during the second half of 2020, with growth in aluminium representative. An alternative to steel, aluminium is used widely in construction, vehicle manufacturing, aviation and high-tech products for its light weight, strength and resistance to corrosion. Aluminium manufacturing, therefore, can be a barometer for activity in the manufacturing and infrastructure sectors.

In early 2020, the impact of the epidemic on end users of aluminium caused production growth to slow. But by the second half of the year demand had recovered and output quickly bounced back. By the end of the year, China had set a new record for aluminium production: 370.8 million tonnes, or 4.9% growth on the previous year,  representing 57% of global output. Booming aluminium demand in the latter half of the year quickly ate up this growth in supply and caused China to become, briefly and for the first time in over a decade, a net importer of the metal.

What green economies are made of

The rapid rebound led observers outside China to wonder if the country’s 2020 recovery was going to be green enough, or if it would be a repeat of 2008’s infrastructure-led recovery.

Meanwhile, China’s green industries continued to do well during the 2020 recovery, with a number of emerging sectors enjoying strong growth. Electric vehicle manufacturing turned around the decline of 2019, to see 17.3% growth. Growth in wind and solar generation capacity broke records, as did manufacturing of silicon wafers and solar panels (up 22.2% and 24.1% respectively).

Growth in green sectors was an important driver for output of industrial products. Aluminium, for example, is used in solar and wind power, electric vehicles and ultra-high-voltage power transmission. An all-electric or hybrid passenger vehicle is estimated to use 15.8% or 45.2% more of the metal than a traditional equivalent. An all-electric bus uses 230% as much aluminium as a traditional one. It takes 32 tonnes of it to build a megawatt of solar power capacity. Wind power needs much less of the metal, at 0.56 tonnes per megawatt, but that is still more than traditional power sources. Much of the sudden growth in aluminium output last year went to feed emerging green sectors.

Green industries posted impressive results for 2020, but China’s carbon emissions continue to rise, in part due to the provision of raw materials to those sectors. And alongside this there is a reliance on coal for power generation and the manufacturing of cement, steel and aluminium. Smelting aluminium requires vast quantities of electricity and has always been a huge source of carbon emissions. To keep a lid on costs and ensure supplies, most of China’s major aluminium makers have their own “captive” power plants, solely for powering their operations. The bulk of such power plants are coal-fired and over half are subcritical coal-burners, the least efficient and most polluting kind of coal plant. In 2020, there were 74.6 gigawatts of coal-fired captive power plants in China’s aluminium sectors, over 40 gigawatts (more than Indonesia’s entire coal-fired power fleet) of that made up of subcritical generators. There is plenty of scope to reduce carbon emissions in the sector. And while governments at all levels have boosted oversight of coal-fired captive power plants in the aluminium sector, and closed some inefficient plants failing to meet environmental standards, there is still a long way to go to end reliance on coal power for aluminium production.

Heading towards a low-carbon future

An economy is a complex and in a sense organic system. Strong growth in emerging green industries will aid the transition to a low-carbon economy. But if changes aren’t made elsewhere, those benefits may be undercut and the expected emissions reductions not achieved. As this article has explained, electric vehicles and solar power need aluminium, so growth in those sectors necessarily increases demand for the metal. In turn, the aluminium sector’s reliance on coal power means it will generate carbon emissions while meeting that demand.

With peak carbon and carbon neutrality identified as important tasks for the 14th Five Year Plan, China should make further reforms to its economy, forming a new low-carbon and coal-free growth model; and setting carbon caps for high-emitting sectors in order to encourage the drawing up of roadmaps towards a green and low-carbon future. 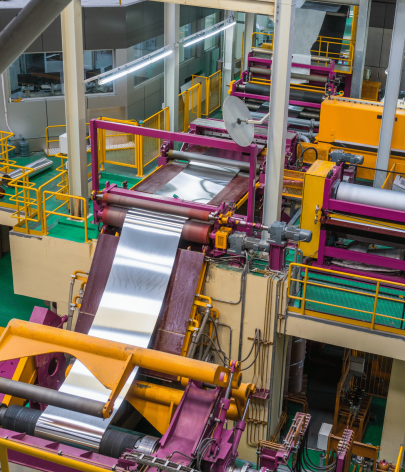 As aluminium surges in China, so do carbon emissions

The aluminium sector in China needs an urgent wake-up call to phase out its captive coal capacity in just the next 10 years. 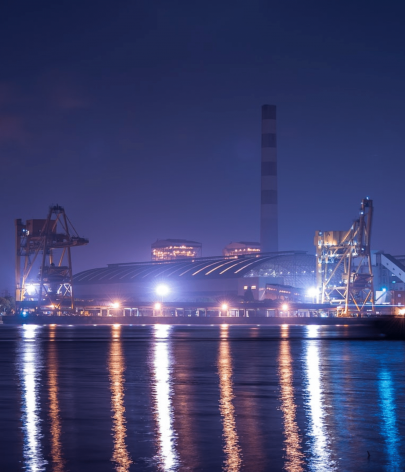 China’s growing appetite for coal-intensive steel, aluminium, cement and electricity puts it out of sync with falling global coal use.