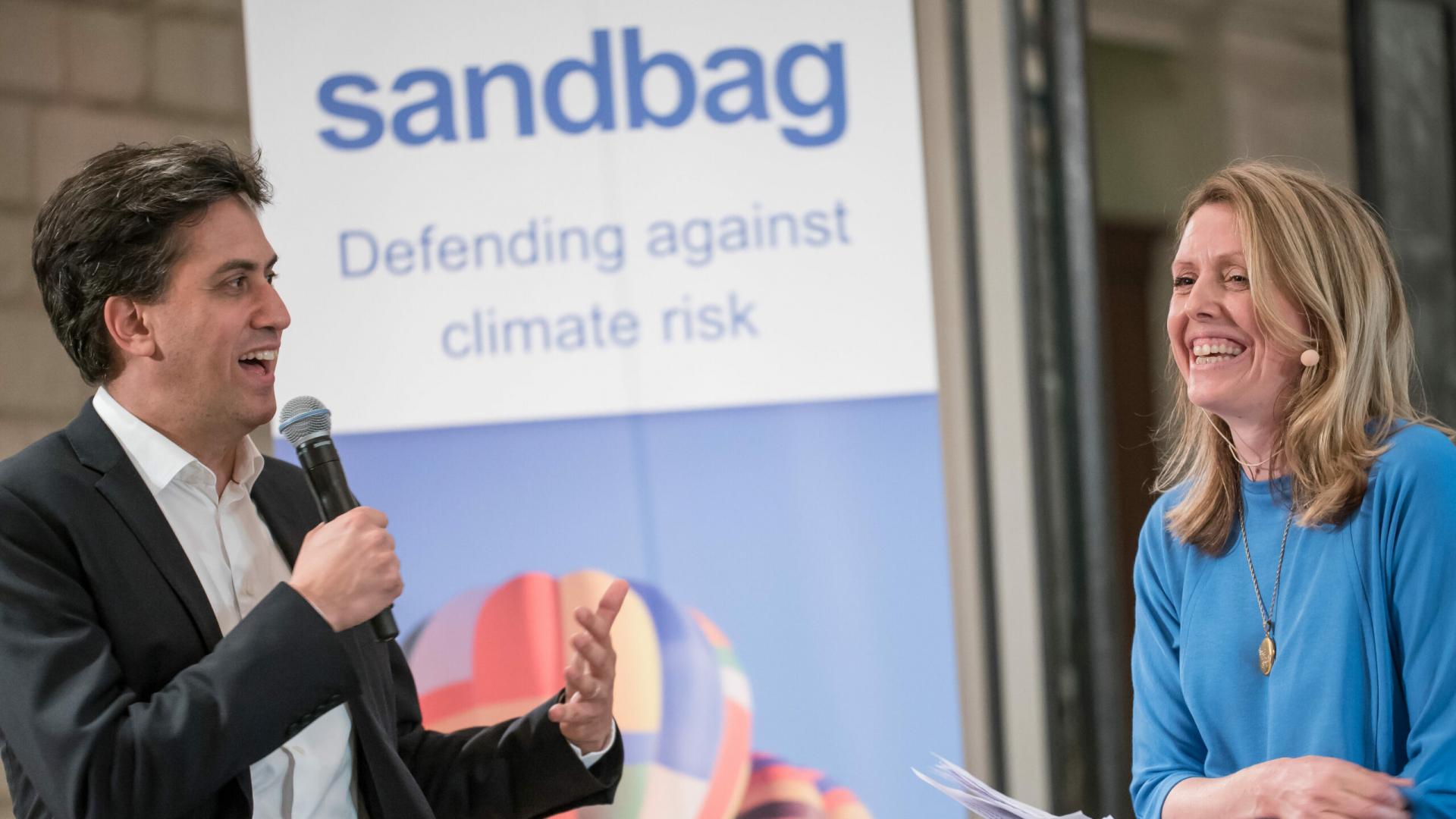 We were founded in 2008 as Sandbag to reform the EU carbon market. In 2020 we re-branded as Ember, marking our new global reach and our laser focus on accelerating the electricity transition.

The spark that became Ember

Ember’s roots go back to 2008, when Baroness Bryony Worthington saw the desperate need to shine a light on the malfunctioning EU carbon market.

Founded as Sandbag Climate Campaign to achieve real action on climate change, we set up the ‘Destroy Carbon’ campaign to enable the public to buy and remove surplus carbon allowances from the EU Emissions Trading System. However, we soon realised that huge surpluses were not something that could be solved by individuals, but needed policy change. We saw an opportunity in the vast amount of data that the carbon market was collecting from 11,000 power stations and factories across Europe. We quickly transitioned into data-driven policy advocacy to address these systemic issues. We helped achieve real policy reform that took the EU carbon price from €2 to €30, which has meaningfully reduced emissions in the power sector and is beginning to have an impact on industry too. (We even won a world record!)

While we continued to provide insight and analysis on Europe's emissions data, it became clear to us that coal power was Europe's biggest climate problem.
Dave Jones

In 2014, we published a report on Europe’s failure to tackle coal and in the years that followed advocated the ending of coal power in Europe, as a founding member of Europe Beyond Coal. In 2018, we won a crucial 550gCO2/kWh emissions limit and new legislation to reduce power plant air pollution in Europe.

However, carbon pricing is just one tool in the climate policy toolbox, and Europe is just one slice of global emissions. Since 2014, and the publication of our first report highlighting the problem of coal, our focus has been expanding.

With increasing success in achieving real policy change to cut coal and emissions in the EU, we realised we could replicate our model around the world. In March 2020, we re-branded as Ember, marking our new global reach and our laser focus on accelerating the electricity transition from coal to clean electricity. We chose Ember because we think it evokes the dying age of coal, but also the start of something new, as we move into a future where everyone has access to clean electricity.

We brought the Sandbag ethos with us. We’re driven by evidence, not ideology and we are using our data and analysis to find the tipping points in new energy & climate policies.

We bring together a team of experts from around the world who understand the power grid, are passionate about evidence-led policy change and are committed to tackling the climate crisis.

To avoid catastrophic climate change, OECD countries need a coal power phase-out by 2030, and the rest of the world soon after. We’re going to work flat out to make that happen – and without an expansion in false solutions such as fossil gas or unsustainable biomass.

A new separate legal entity has been set up in Belgium to continue our work improving the EUETS and helping industry to decarbonise. 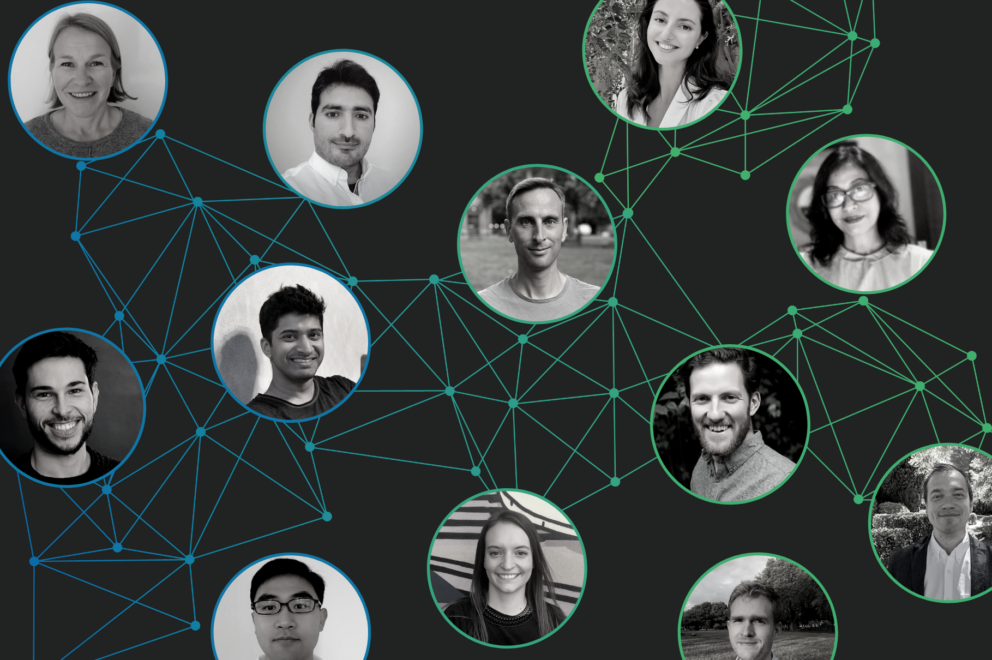 We bring together a team of experts from around the world who understand the power grid, are passionate about evidence-led policy change and are committed to tackling the climate crisis. 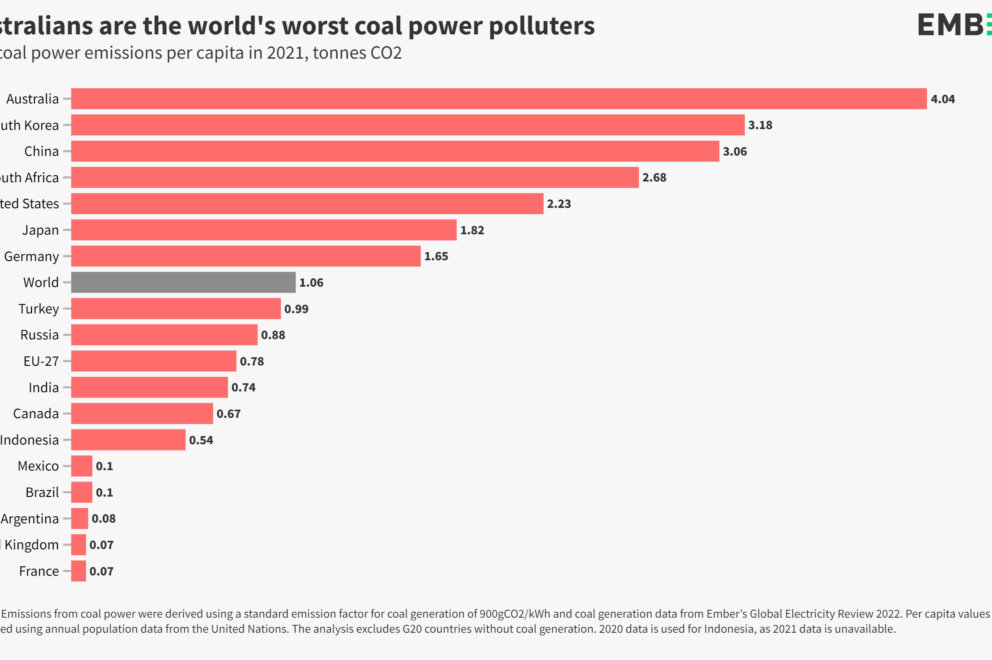 Explore our up-to-date research, commentaries and policy responses on the global electricity transition.

Support our work and make a donation

Ember is 1 of 8 climate charities selected to receive donations from The Crowd, a charity that harnesses the power of collective action to fight against climate change.