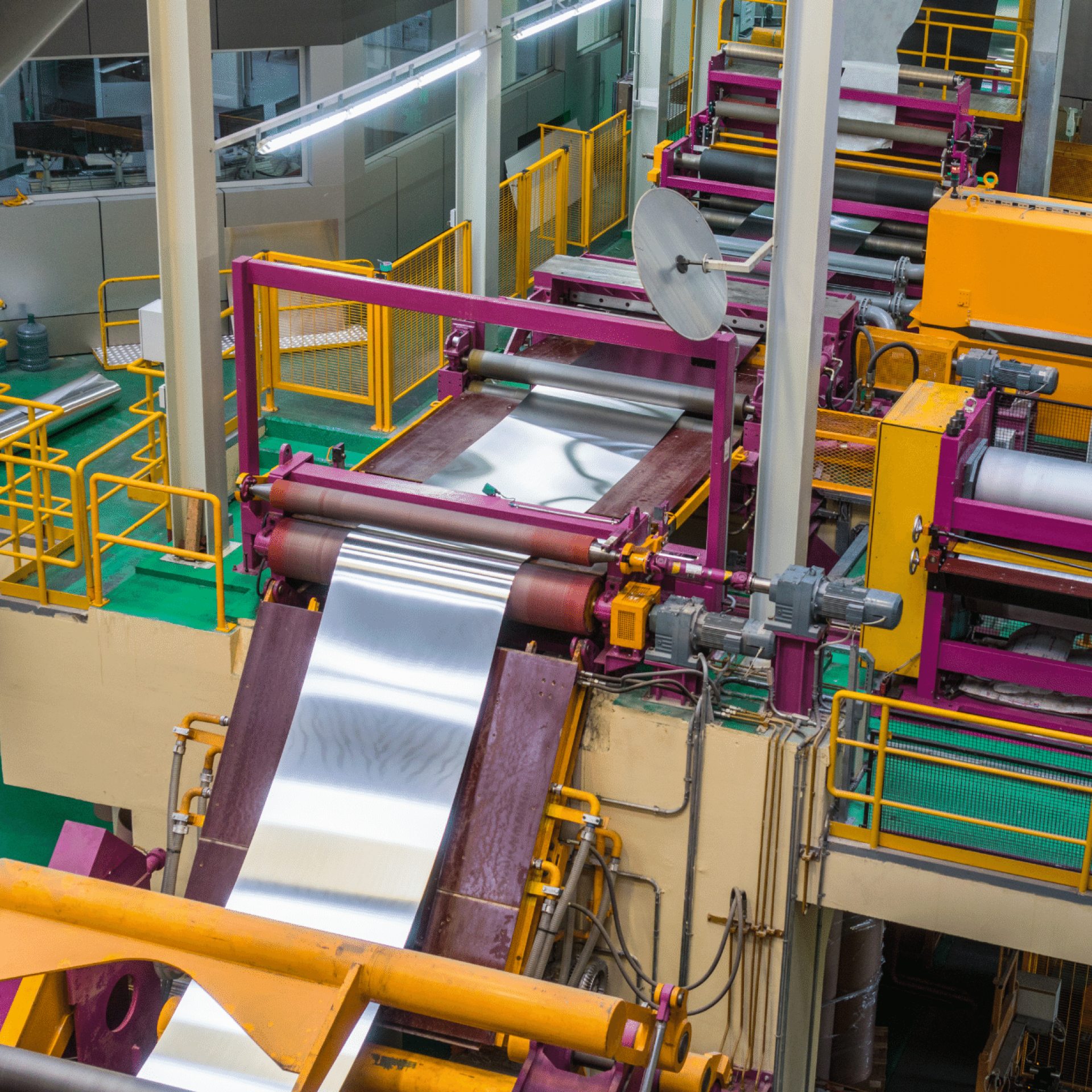 As aluminium surges in China, so do carbon emissions

This paper assesses the latest full-year data from China official production and trade data and from the International Aluminum Institute. It reveals the scale of carbon emissions behind China’s coal-backed aluminium manufacturing, alongside recommendations for next steps.

The aluminium sector in China needs an urgent wake-up call to phase out its captive coal capacity in just the next 10 years.

Emissions from China’s aluminium sector are immense, and the sector needs to face the same urgency to reduce its coal reliance as the electricity, steel and cement sectors. China’s transition towards a low-carbon energy future needs aluminium, especially in solar panels, electric cars, and electricity cables, but aluminium can’t play that role when it’s so reliant on coal. Redressing this challenge requires immediate actions to phase out the large fleet of subcritical coal capacity dedicated for aluminium production in China. 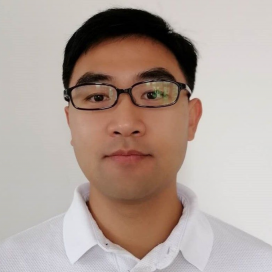 This rise is an outcome of strong production growth (5%, year-on-year) in China, as compared with 0.3% in the rest of the world. Some regions even saw reduced aluminium production last year: -6.6% for South America, and -3.4% for Western Europe, according to the 2020 aluminium production information recently released by the International Aluminium Institute. China’s share of global aluminium production (57.2%) is out of tune with its shares of global economy and population, which are both around 18%.

In China, most of the aluminium produced last year was for domestic use, not for export, as exports fell.

China exported 6% of its production last year, compared to over 14% in 2019. China even briefly turned into an aluminium importer for the first time in 15 years in July and August. It is worth noting that the export data includes the semi-finished exports of rolled aluminium; it doesn’t include exports of finished goods that use aluminium as part of their manufacturing process.

China’s aluminium sector used almost 500 TWh of electricity for electrolysis in 2019, of which 430 TWh was from coal power plants – more than all other countries combined. This means that aluminium electrolysis is responsible for almost 9% of all coal power generation in China, which was around 4,859 TWh in 2019, according to the International Energy Agency.

The share of coal-fired electricity in the electric grid decreased from 77% in 2010, to 62% in 2019, while the corresponding figures for aluminium electrolysis remained at around 90%.

Of this, more than 75% was from coal-fired electricity produced for the electrolysis of aluminium, especially those from captive capacity used and managed by aluminium producers for their own use.

Aluminium is a product for mass consumption, such as toothpaste skins, airplanes, photovoltaic panel frames, architectural decorative doors, and window frames. China should encourage more rational consumption and utilisation of aluminium to avoid waste. China should also promote better recycling and reuse of aluminium scrap, as much of the aluminium waste is currently landfilled.

A Prof. Peng Wang University of Chinese Academy of Sciences

In China, 47 GW of captive capacity built to make aluminium is based on inefficient, subcritical, combustion technology.

This accounts for 10% of the country’s total subcritical coal capacity, and is greater than the entire coal fleet of Germany, which is the world’s fifth largest in terms of installed capacity.

This is followed by Xinjiang (13%), Inner Mongolia (10%), Ningxia (8%), and Henan (8%). The map shows all of China’s captive coal plants used for aluminium production, as identified by Global Energy Monitor. It is worth noting that the figure below is indicative only. It does not imply the expression of any opinion on the part of Ember concerning the delimitation of China’s frontiers or boundaries.

The reliance on subcritical captive power plants is quite unique to China in general and to its aluminium sector in particular.

Achieving China’s carbon neutrality pledge would require urgent actions to be undertaken to phase out the dirtiest subcritical coal capacity, including those built to make aluminium in the country. According to IEA’s 2020 World Energy Outlook report, all subcritical coal power plants need to be phased out by 2030, in order to put the world on a pathway to net-zero emissions by the mid-century.

Some actions have already been taken to cut emissions in China’s two largest emitting sectors – energy and steel – in response to its carbon neutrality pledge set out last year. In the energy sector, PetroChina, the country’s largest oil and gas supplier, has recently announced its plan to become net-zero emissions by 2050. State Power Investment Corp (SPIC), one of the top five power producers in China, has recently committed to peak its carbon emissions by 2023 – 7 years ahead of the national carbon peak pledge. Similarly, in the steel sector, Baowu Steel Group,  the world’s second largest steel maker, has targeted to become carbon neutrality by 2050, through increased use of renewable energy (e.g., wind, solar, and clean hydrogen) in production, as well as efficiency improvement.

Similar actions have, however, not yet been observed in the aluminium sector, despite efforts made by some aluminium producers (e.g., Chalco) to relocate their production capacity to Southwest provinces, to take advantage of the cheap hydro electricity there. Even with the closure of 2.5 GW of subcritical captive coal capacity used in Shandong’s aluminium sector, announced recently by the provincial government, China still has over 44 GW of subcritical captive used for aluminium production that needs to be phased out, in order to prepare the sector for a low-carbon future.

Primary aluminium production in China is heavily reliant on coal-fired electricity, especially those from inefficient subcritical captive capacity. It will make China’s carbon neutrality pledge even more difficult to attain if the current situation continues.

In view of its commitment to carbon peak before 2030 and carbon neutrality by 2060, it is critical for China to redress the carbon footprint of its energy-intensive industries. China’s primary aluminium production is overwhelmingly reliant on inefficient subcritical captive coal power plants, resulting in large CO2 emissions. To rectify the situation, China needs to accelerate the deployment of renewable energy and low-carbon production technologies in the aluminium industry.

Clearly, urgent actions are needed to push China’s aluminium sector to phase out its subcritical captive coal power plants in 2020s. Some possible options for facilitating this coal phase-out, that may be worth considering, are presented below.

Developing a phase-out plan with clearly stipulated targets and timeframes is an essential first step for pushing China’s aluminium sector to stop using subcritical captive coal power plants. This will provide clarity and certainty necessary for the industry to adapt itself for a low-carbon future.

Much less electricity (less than 7%) is required to produce primary aluminium by using aluminium scrap.

China produced 57% of the world’s aluminium last year, when its economy and population is only 18% of the world’s share. Therefore, there is lots of opportunity to improve the efficiency of using aluminium to help curb its demand growth.

The inclusion of captive coal, including those from the aluminium sector, in the national Emissions Trading Scheme (ETS) is likely to expedite its phase-out process. That, of course, depends on whether the ETS can effectively provide carbon prices that incentivise emissions-reduction behaviour.

Efficiency improvement at the production side can help reduce the electricity intensity of aluminium production, hence making some of the existing subcritical captive coal capacity redundant. Although China’s aluminium sector is relatively more efficient, when compared with other countries and regions, there is always some scope for further improvement.

The author would like to express his appreciation to A Prof. Wenbo Li, A Prof. Peng Wang, and Prof. Huaping Sun for their thoughtful comments, which helped to improve the quality of this paper. The author is, of course, responsible for the contents. 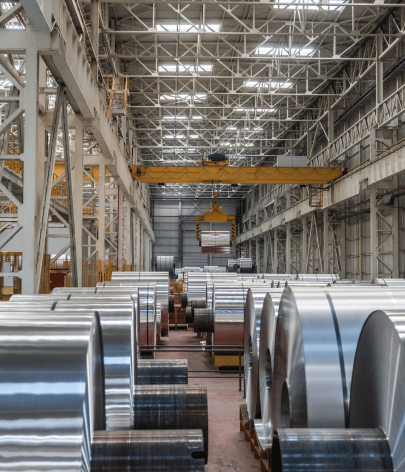 Last year’s rise in aluminium production reflects the complexities of China’s recovery from the pandemic. 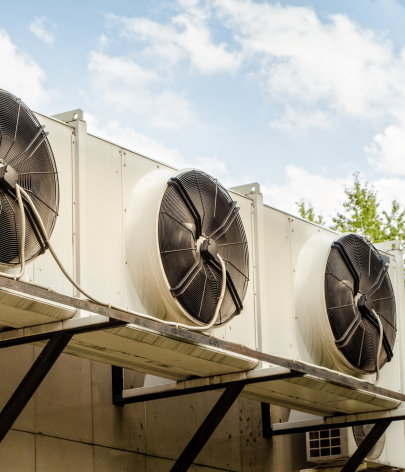